← more from
MoonJune Records
Get fresh music recommendations delivered to your inbox every Friday.
We've updated our Terms of Use. You can review the changes here.

by Phil Miller - In Cahoots 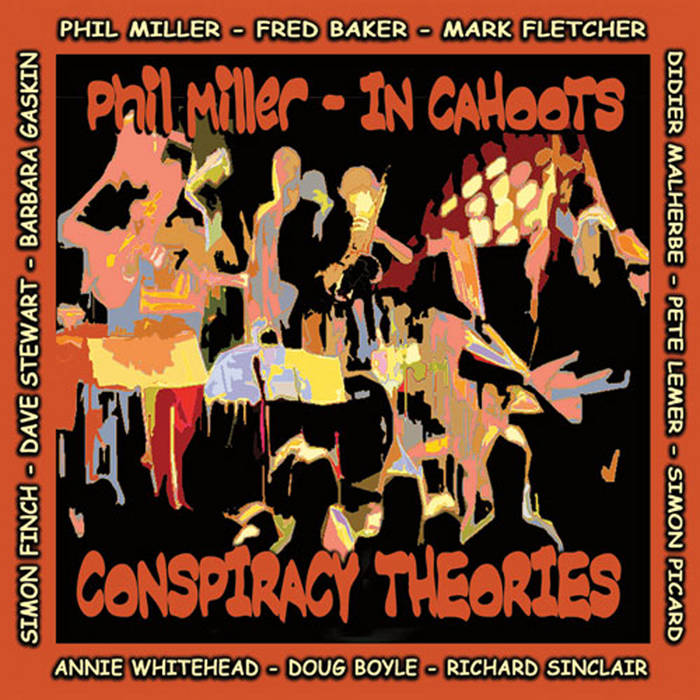 hiltonius a jazz adventure. the playing, the writing, and the recording are all top-notch. exciting stuff!

Two years in the making, Conspiracy Theories is undoubtedly guitarist Phil Miller's most ambitious record to date. After establishing himself as a member of such legendary Canterbury groups as Hatfield and the North, National Health, Matching Mole, and Delivery, Miller has devoted the majority of his energy over the past quarter-century to his more overtly jazz-centric In Cahoots group.Featuring seven new and characteristically dynamic compositions from Miller (and one each from Baker and Lemer), his writing has never been more complex yet approachable, and the indefinable British nature of his writing -- dating back to Matching Mole -- remains a defining quality. While fans of the Canterbury scene will undoubtedly rejoice, the disc's finely-honed compositions, fine arrangements and compelling solos make it equally deserving of attention from the broader jazz-listening public.

"... a singular group sound that melds the fabled hierarchy of 1970s Canterbury stylizations with a modernist groove. And that alone speaks massive volumes. -Glenn Astarita, All About Jazz

Bandcamp Daily  your guide to the world of Bandcamp

Alex Rita and Errol from Touching Bass feature in our special London edition of the Bandcamp Weekly.